74°
Clear and Windy
WEATHER SPONSORED BY: 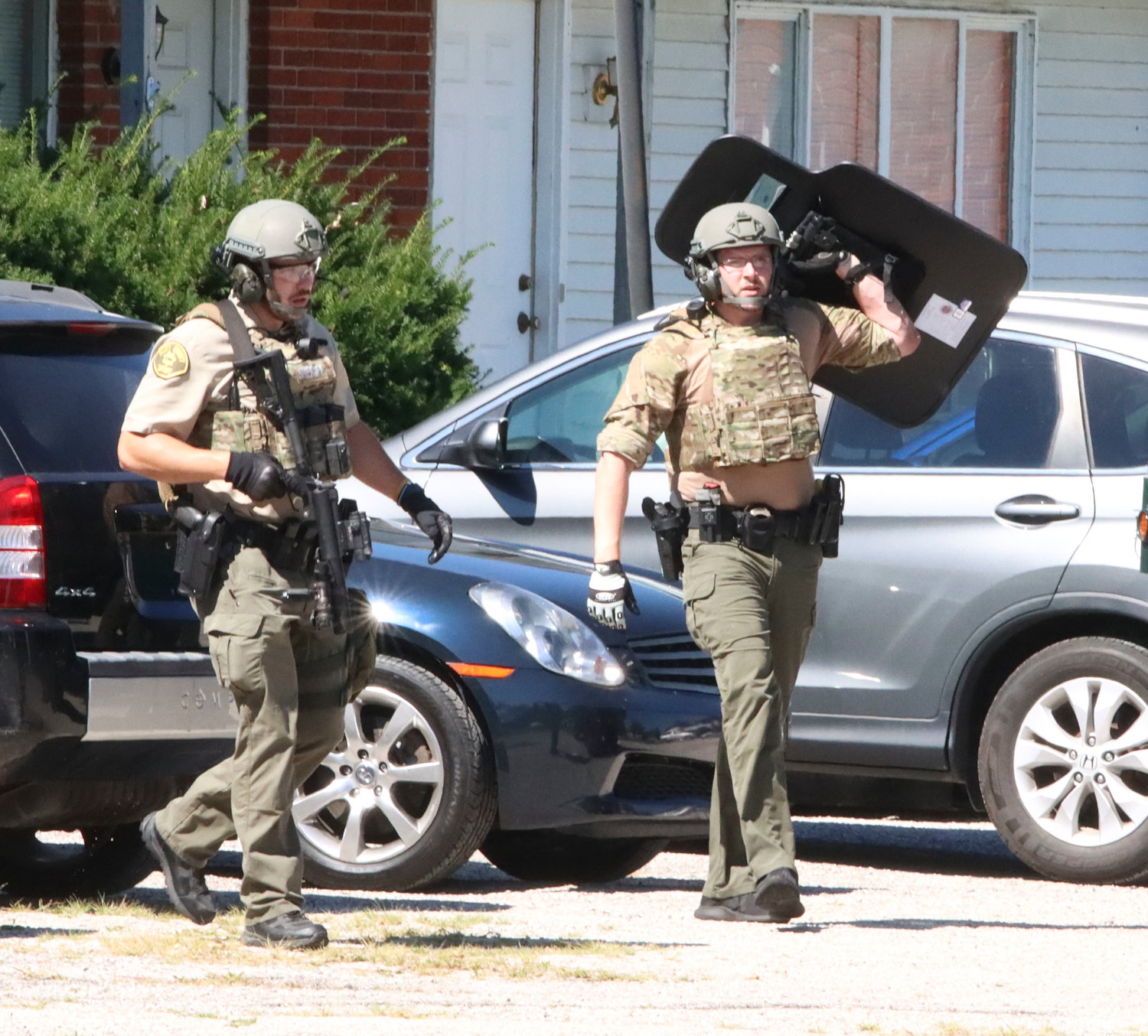 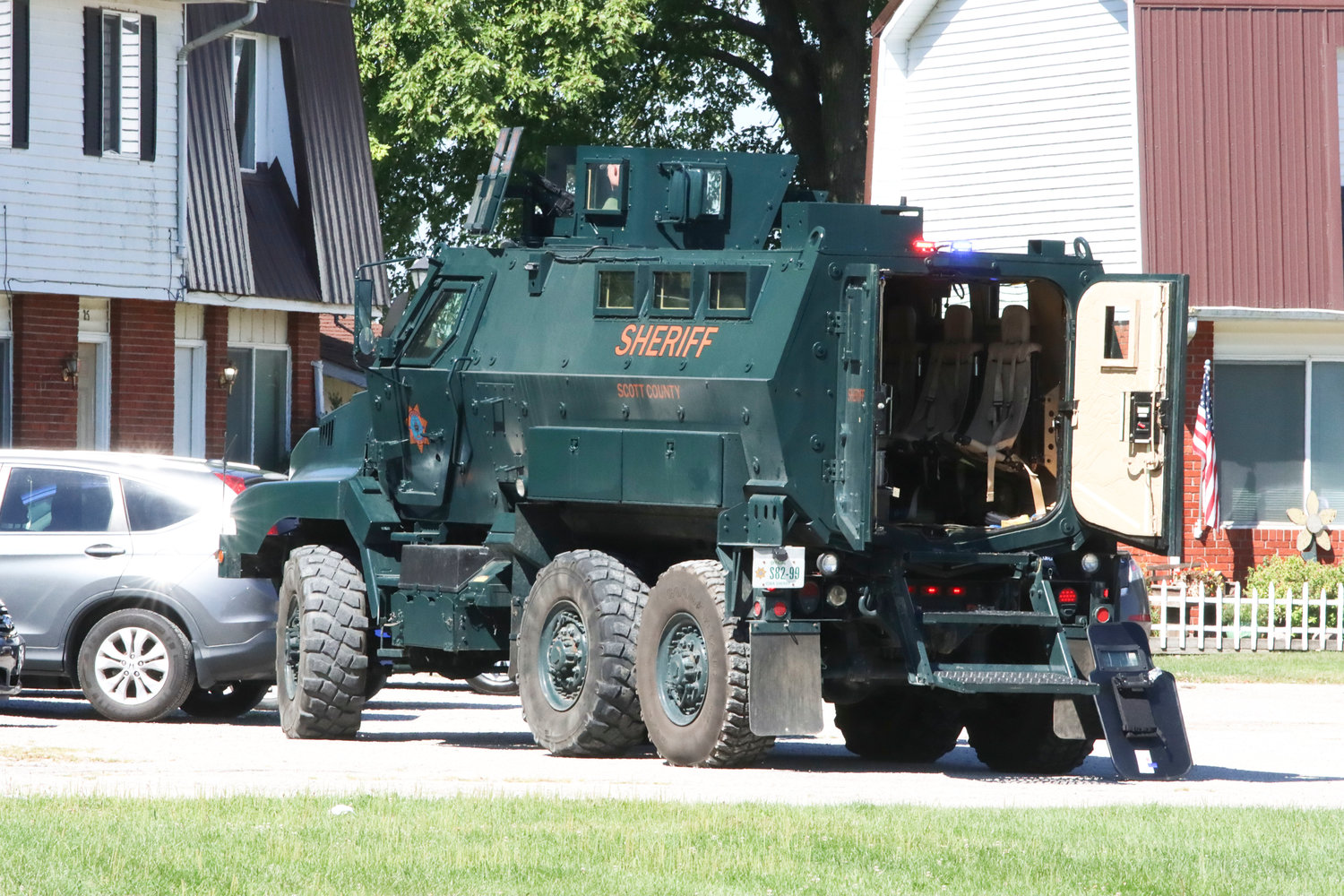 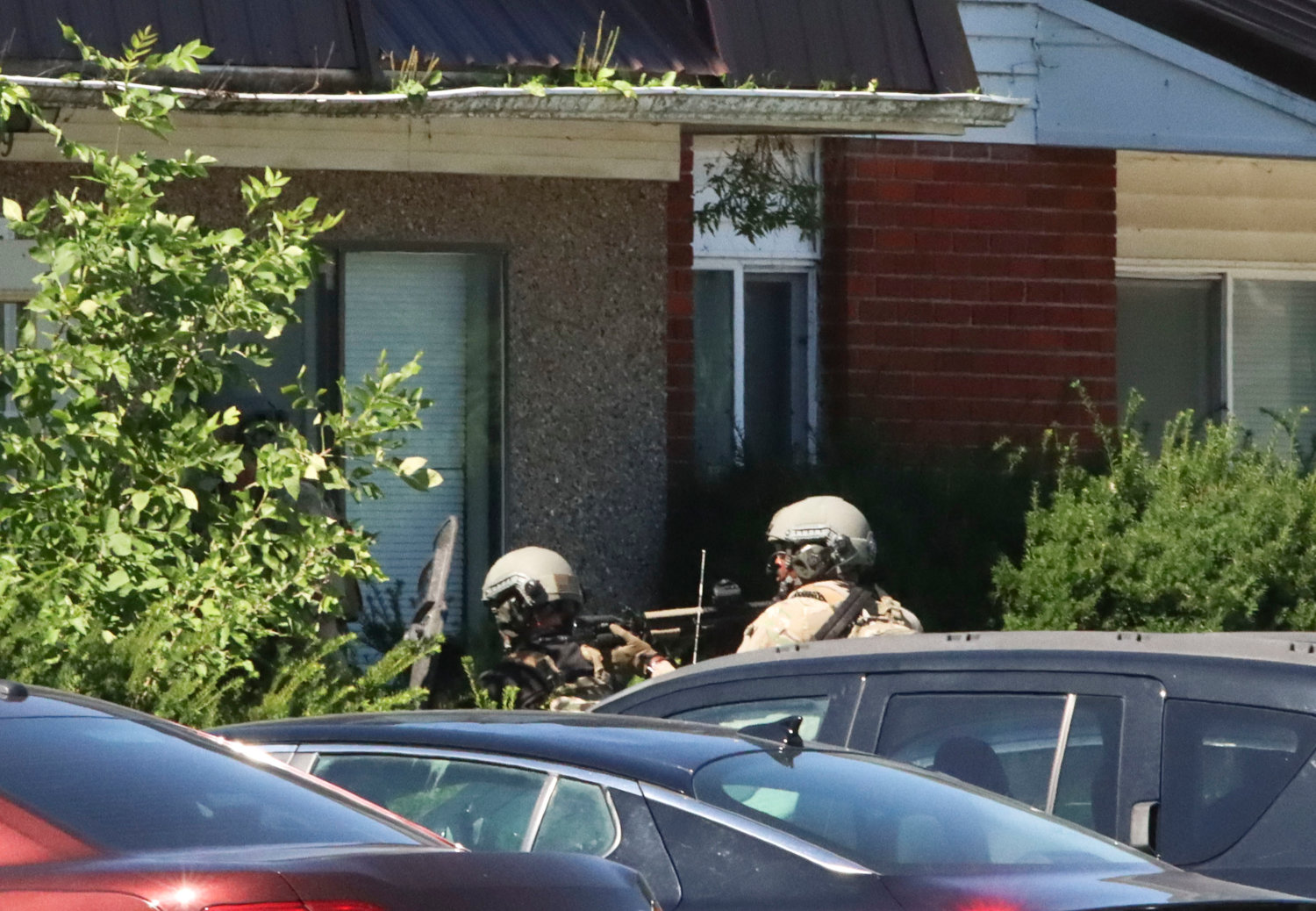 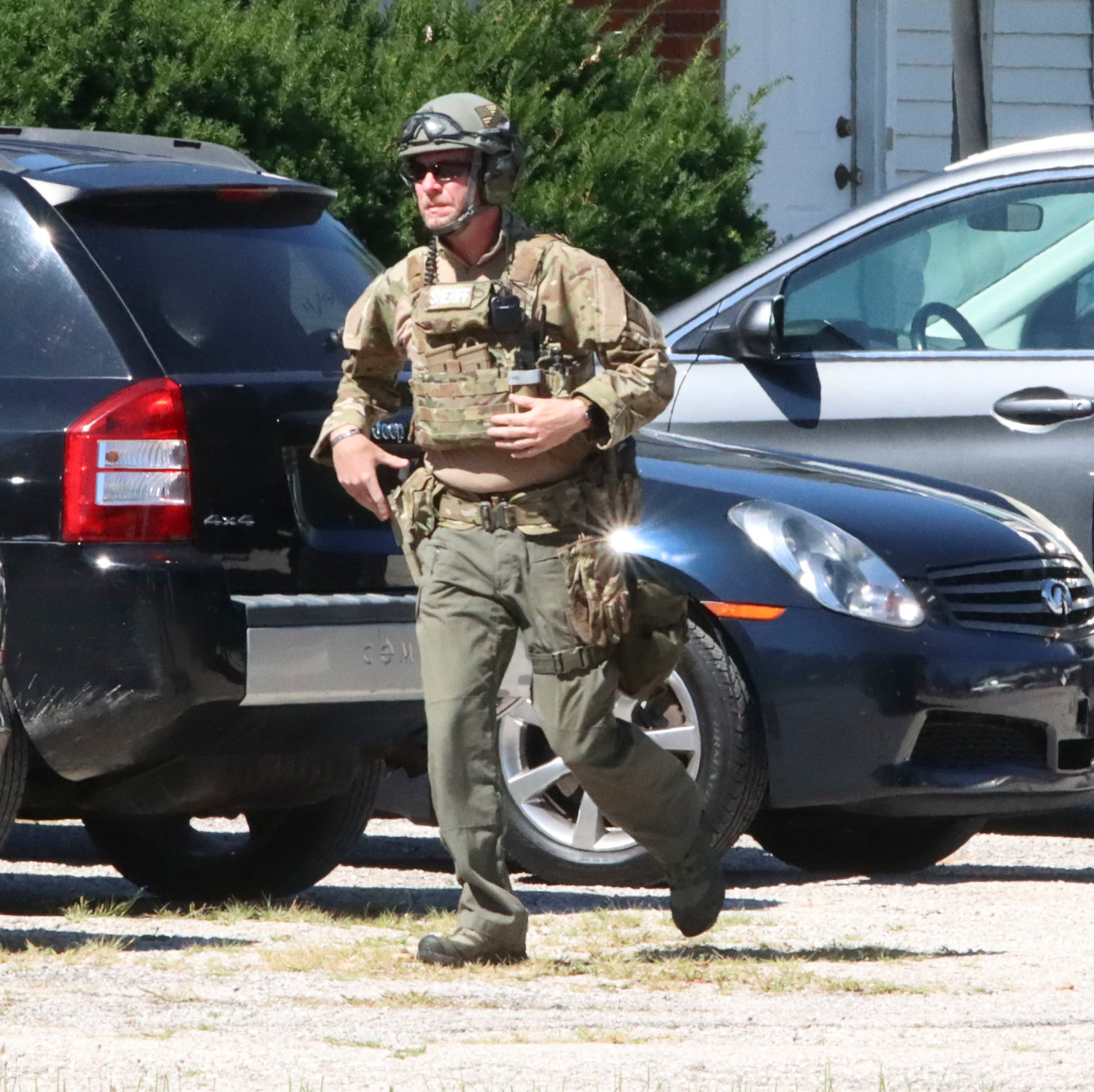 A deputy runs toward the apartment.
Scott Campbell 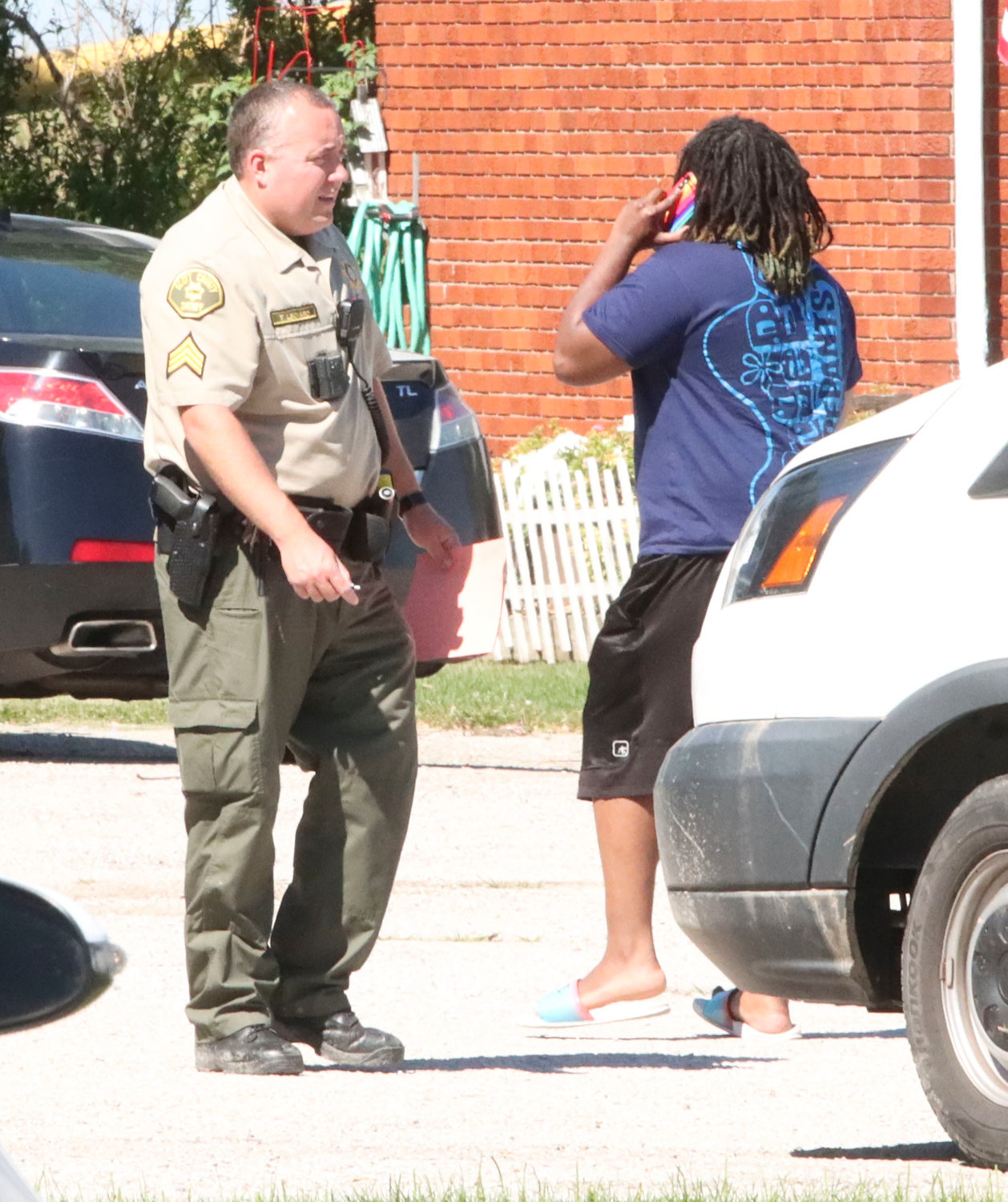 Deputies question a woman who walked from the building.
Scott Campbell 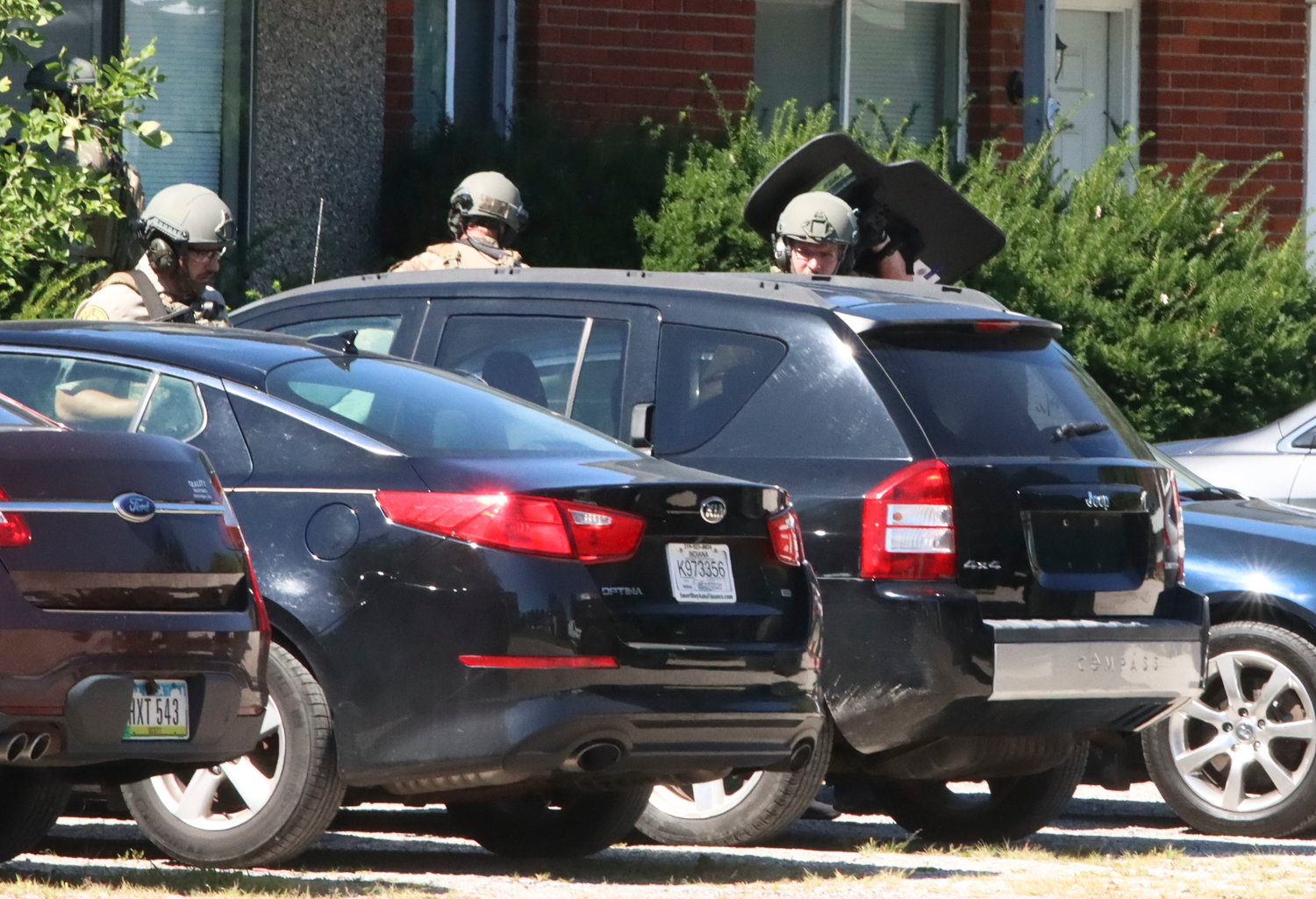 UPDATE: Sheriff's deputies left the scene without making an arrest or encountering the man sought in the warrant.

About a dozen deputies responded to a unit on Park Crest Court, near Park View's south entrance off U.S. 61.

The sheriff's assault vehicle was nearby. More deputies and a Medic ambulance were stationed on U.S. 61.

Sheriff Tim Lane said the crew on the scene had not confirmed any arrests.

Witnesses saw deputies escort a young woman and child from the building.