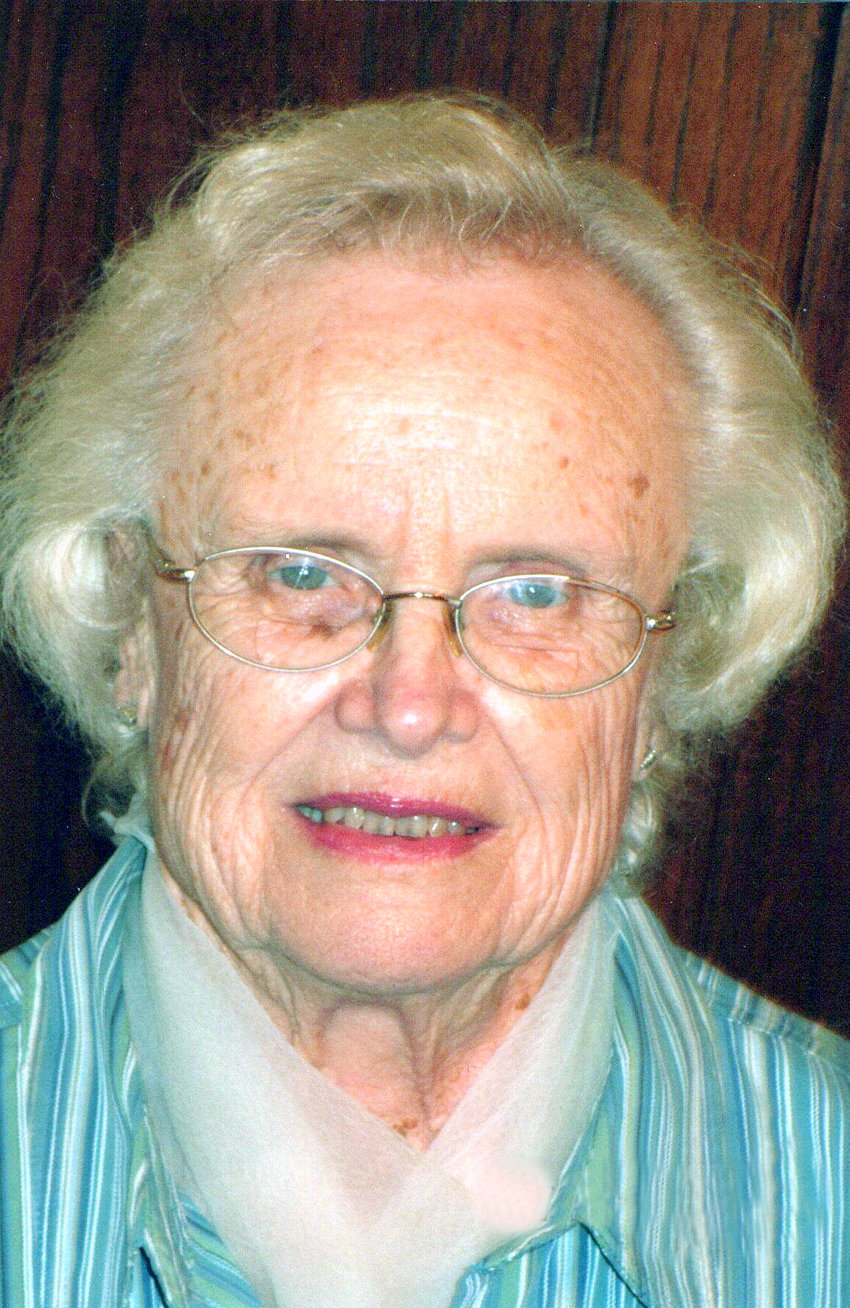 Alta C. Hamann, age 96, of Walcott, passed away Monday, Oct. 11, 2021, at Courtyard Estates of Walcott.  A memorial gathering will be held from 5-7 p.m. on Wednesday, Oct. 27, at Bentley Funeral Home, Durant.  Private burial will take place in Walcott Cemetery.  Memorials may be given to the Walcott Fire Department in Alta’s memory.  Online condolences may be left at www.bentleyfuneralhome.com.

Alta worked with Billy on the family farm, excelling in the role of farmer’s wife and homemaker.  She was employed at Jumer’s Lodge and later at Davenport West High School cafeteria, retiring in 1987.  Alta and Bill enjoyed dancing and playing cards with friends.  After Bill’s death, Alta continued playing 500 with various civic organizations.

In addition to her husband, Alta was preceded in death by her sisters, Luetta Arp and Eleanor Rathjen, and her brother, Arnold Grill.

A Memorial Mass for Elizabeth C. Finkenhoefer, 97, of Eldridge, was held at 10 a.m. Tuesday, Nov. 23, at Our Lady of Victory Catholic Church, Davenport. The Mass was livestreamed by …

A funeral service for Marlene J. Wilson, 81, of Davenport, will be held at 10 a.m. Wednesday, Nov. 24, in the Runge Mortuary Chapel, Davenport. Burial will follow in Davenport Memorial …

A Memorial Mass for Elizabeth Camilla Finkenhoefer, 97, of Eldridge, will be held at 10:30 a.m. Tuesday, Nov. 23, at Our Lady of Victory Catholic Church, Davenport. The Mass will be …