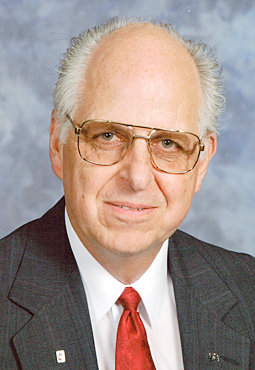 Memorials may be given to the Wilton United Methodist Church or Compassus Hospice in his memory. Online condolences may be left at www.bentleyfuneralhome.com.

Tom was born on Aug. 7, 1943 in Cheyenne, Wyoming, the son of Louis and Helen (Jones) Zeleny. He attended Sacred Heart High School and graduated with the class of 1961. After high school, Tom proudly served his country in the United States Air Force from 1962-1966, including two years in Vietnam. Following the Air Force, Tom attended and graduated from Upper Iowa University. He then continued his education at St. Paul’s Theology School, graduating in 1983. Tom married Connie Whittenbaugh on Aug. 10, 1968 in Fayette, Iowa.

In his early years, Tom worked in sales, including department stores, automobiles and life insurance. He was a devout Christian and went into the ministry, where he served God as a United Methodist Pastor for 34 years, before retiring in 2014. Tom served at many different locations, including Smith Chapel and Blackwater in Missouri, Lamoni, Decatur, Davis City, Mt. Union, Morning Sun, Wesley Chapel, LaPorte City, Wilton, High Prairie and Kingston, all in Iowa. Tom was a member of the American Legion in Wilton, and the Lions Club International. Tom was also a volunteer fireman and first responder for more than 20 years. He enjoyed fishing, gardening, traveling and volunteering. Most of all, he cherished spending time with his family.