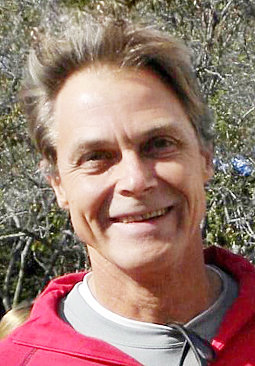 A celebration of life will be held in Maywood, New Jersey on Jan. 6 and he will be buried in a ceremony later this year at the Bethel Cemetery in Wapello, Iowa alongside his parents and brother — date to be announced.

Donations in memory of Russell may be sent to: https://www.peacecorps.gov/donate/funds/ethiopia-country-fund-663-cfd/.

Born in Iowa City, Iowa on Feb. 29, 1952 to parents Irving and Ann, Russ was a leap-year baby. Along with siblings Ron and Rose, Russ grew up in Durant, Iowa, where he excelled as an athlete and developed many life-long friendships through sports and school. He went on to study at the University of Colorado in Boulder, and the University of Northern Iowa.

One of his proudest life journeys was joining the Peace Corps, where he traveled to Ethiopia and lived with the Daasanach tribe. Pulling from his biology degree, he introduced new types of sustainable bean crops designed to thrive in the Ethiopian climate. When armed conflict forced foreigners from the country, Russ continued traveling to other parts of Africa, India and Europe before returning home. He published a memoir of his journeys on the Facebook page, “Russ Saves and Sees the World.”

Russ moved east to New York/New Jersey, where started a computer programming business, First Byte Corp., married and had a daughter, Jessica. He remarried, gaining a stepson Billy and granddaughters Bella and Olivia to whom he was “Pee-Paw.” Russ loved traveling, running, basketball, golf, playing guitar and working out with pals from Mr. Bill’s Fitness.

In 2014 he suffered a spinal cord injury, becoming permanently quadriplegic. He stayed close with his family and friends, learned to play the harmonica and wrote song lyrics, and never lost his love of life, sense of humor, or optimism. The “Big Deihl’s” time with us may have been cut short, but he was the embodiment of living fully for all the time he was given.

He is survived by his daughter, Jessica Deihl of Washington, D.C., stepson Billy Paladino and family of New Market, Maryland, sister Rose Lyle and family of Des Moines, Iowa, niece Diandra Lyle and family of Los Angeles, California, as well as many wonderful friends, loving aides, and extended family members.