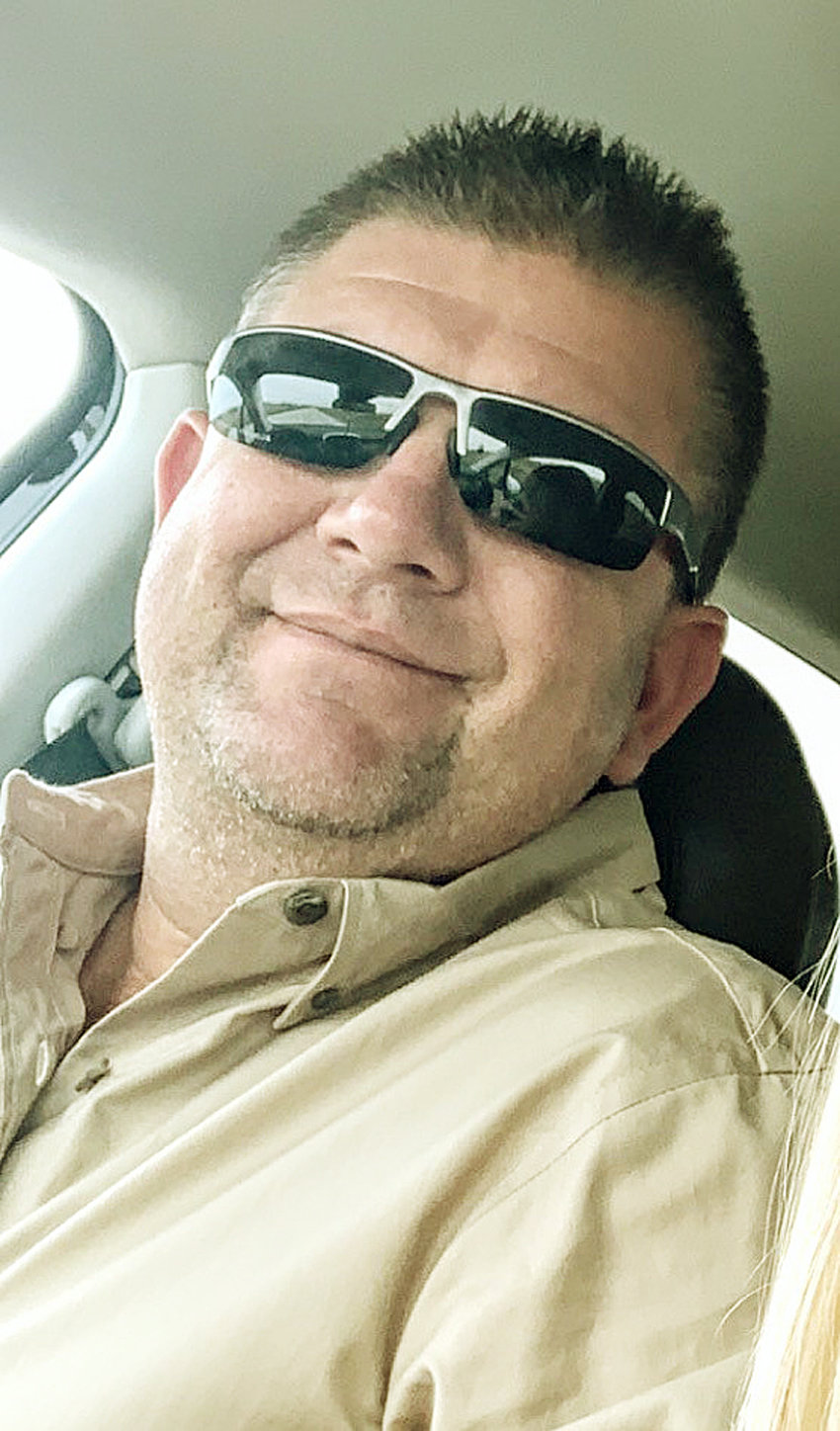 James Hilbert, age 46, of Durant, passed away, surrounded by his loving girls, from complications of Covid-19 on Wednesday, Jan. 12, at Mercy Hospital, Iowa City. A visitation was held from 4-7 p.m., Monday, Jan. 17, at Bentley Funeral Home, Durant.  In honor of James, novelty socks and shirts were encouraged and welcomed.  Cremation rites were accorded following the visitation.  Online condolences may be left at www.bentleyfuneralhome.com.

James Leon Hilbert was born on March 3, 1975, to Marla Rae Hilbert in DeWitt.  He was raised and later adopted by his uncle Ernie Hilbert and Ernie’s wife Kathy.  He enlisted with the United States Army his junior year of high school and after graduating early he spent the next four years with the 2nd Squadron 4th Calvary as an Abrams M1 tank mechanic, where he did two overseas tours: one in Somalia and one in Egypt.

In 1997, while working at CDS in Tipton, a newly hired blonde caught his eye, and they became the best of friends. As it sometimes does, life threw them a curveball when James proposed, she said no, and they went their separate ways. James eventually became a long-time employee of Bauer Built Tire, where he worked as a service manager and on-call tire technician. By a stroke of luck, the blonde walked back into his life in 2009, and this time she righted her wrong and said yes.  They were married on Oct. 16, 2010, in Tipton, where together they raised three beautiful, sassy, independent daughters.  He was immensely proud of them and never missed a chance to brag … even to strangers. With the support and encouragement of his girls, he enrolled in college courses, and in 2015 earned his bachelor’s degree in business management.

In 2017, they moved to Durant, where James got the chance to do what he loved most, helping others and meeting new people. He joined the Durant Lions Club (Tri-County Community Club) and in 2020 became a driver for the Durant Ambulance Service.  On Oct. 23, 2021, James learned he was going to become a grandfather and looked forward to gaining his new status as “Pop Pop.”  When he learned the baby was a girl, James grinned from ear to ear and said his circle was now complete.

James recently accepted a job with the Atlantic Bottling Company in Walcott and became part of the Coca Cola family, where they took him under their wing and treated him like one of their own.  Soon after starting at Atlantic, he was able to acquire a longtime dream of becoming a homeowner.  Unfortunately, his dream was cut short, and he wasn’t able to spend a single night in his new forever home.  On Dec. 10, 2021, James fell ill and by Dec. 16 he was hospitalized with severe Covid pneumonia, where he spent the remainder of his days on a ventilator in the intensive care unit.

He was preceded in death by his maternal grandfather, Leo Hilbert and his father-in-law, Larry Lee Curry.