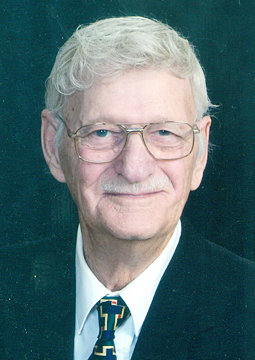 Edwin Carl Lett, 88, of Tipton, Iowa, died Thursday, Aug. 12, 2021 at the VA Medical Center in Iowa City. Due to COVID-19 there will be no public visitation and a private family burial will be held in the Masonic Cemetery, Tipton. The funeral service will be live streamed, via Bentley Funeral Home Facebook Live. A public celebration of life will be held at a later date.

In lieu of flowers, memorial contributions may be made to a charity of the donor’s choice: C/O Traci Butler, 1116 4th Street Court, DeWitt, Iowa 52742. Online condolences may be left at www.bentleyfuneralhome.com.

Ed and Betty farmed in the Wilton area before moving to Tipton in 1964. One highlight in his life was becoming an auctioneer. In fact, he was happy to donate his services for the annual Tipton Rotary Charity Auction. Another was being among the first wave of employees to stock and be employed with new Wal-Mart in Coralville, plus going on the Honor Flight in 2015. He was a former Tipton Lion member, and enjoyed his time with his coffee buddies.

He was preceded in death by his parents; two sisters, Norma Lett and Arlene Hein; and three brothers, Wilbert, Elwood and Donald Lett.