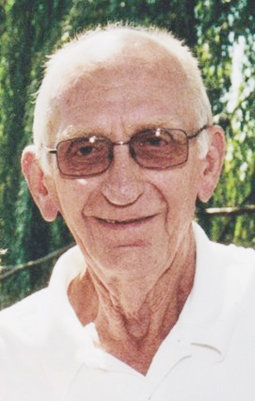 Dennis (Denny) Hugo Dietz, 81, of Walcott, Iowa died Sunday, Aug. 22, 2021 at Courtyard Estates of Walcott. Funeral services were Aug. 27 in the Runge Mortuary Chapel, Davenport. Visitation was Aug. 26, at the Mortuary. Burial will be in Davenport Memorial Park.

In lieu of flowers, the family wishes memorials are made to the Walcott Fire Association. Online condolences may be expressed at www.rungemortuary.com.

Dennis Hugo Dietz was born Feb. 2, 1940 to Reynold (Jack) and Anita (Puls) Dietz in Davenport. He graduated from Davenport High School in 1958, and attended the University of Iowa.

He married Donna (Gallatin) Dietz on Sept. 3, 1960 at Grace United Methodist Church, Davenport, and shared 55 years of marriage and memories until her passing in January 2016. They had three children, five grandchildren, and two great-grandchildren.

Denny and Donna farmed near Walcott since their marriage, raising all three children on the family farm, and he continued to help with his son’s operation through the years. He also worked at Eastern Iowa Grain Inspection & Weighing Service in Davenport during his “semi retirement” years. Denny was a member of the Walcott Community Club, Walcott Lions Club, Walcott Farmers Elevator board, and coached both Little League baseball and Dad’s Club softball for several years. Even after long hard days on the farm, Denny often could be found at his grandkids’ sporting events, livestock shows, or at the ballpark enjoying an ISC Men’s Fast pitch softball game with friends and family.

He was preceded in death by his wife Donna, his parents, brother-in-law Herb Schaar, and a sister-in-law Patty Dietz.