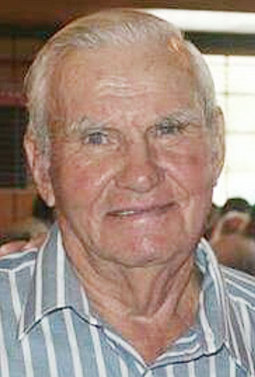 Memorials may be given to the Alzheimer’s Association in his memory. Online condolences may be left at bentleyfuneralhome.com.

Dene was born on Nov. 30, 1934, the son of Rodney and Helen (Dipple) Dierdorff, in Montpelier Township. Dene graduated from Wilton High School with the class of 1953. He served his country in the United States Army from 1957-1959. On April 29, 1962, Dene married Delores Howe in West Liberty.

He worked for more than 40 years as a furnace operator for Alcoa, retiring in 1997. While working at Alcoa, he also farmed in rural Moscow, semi-retiring in 2014. Dene enjoyed hunting, fishing and crypto quotes. He also enjoyed watching the Philadelphia Phillies, Green Bay Packers and the Iowa Hawkeyes. Most of all, he loved spending time with his family and tormenting his grandchildren.

He was preceded in death by his parents; three brothers, Newton, Alan and Ivan; and four sisters, Phyllis, June, Colleen and Eloise.