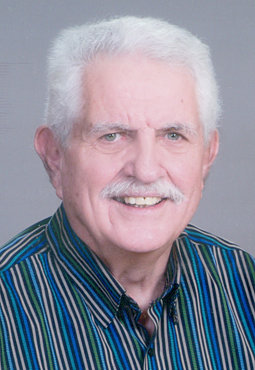 In lieu of flowers, memorial contributions may be made to the family that will be used to establish a scholarship fund in his memory. Online condolences may be left at www.bentleyfuneralhome.com.

Blaine was born in Faribault, Minnesota on Nov. 7, 1946, the son of Frank and Joyce (Cornwell) Charlton. He graduated from West Concord High School with the class of 1964. Blaine earned his Bachelor’s and Master’s degrees from Winona State University. He was drafted into the United States Army, and proudly served his country during the Vietnam War. Blaine married Victoria “Vicki” Guertin on Aug. 3, 1968 in Rochester, Minnesota.

Blaine began teaching math and chemistry in Turkey Valley School District, until he was drafted during the Vietnam War. After he was honorably discharged, Blaine taught in Schaller, Iowa, before moving to Wilton in 1977. He taught and coached at Wilton High School, before retiring in 2002. Blaine also taught at Muscatine Community College.

He was a member and former Elder of Zion Lutheran Church. Blaine was also a lifetime member of the Veterans of Foreign Wars. Blaine enjoyed the outdoors, especially gardening and fishing. He also enjoyed playing basketball, and could often be seen walking around town. He would say, “Why drive when you can walk?” Blaine loved spending time with his family and friends, especially his grandkids.

He was preceded in death by his parents; and two brothers, Richard and Melvin Charlton.