Members of Wilton High School class of 2001 gather in Muscatine 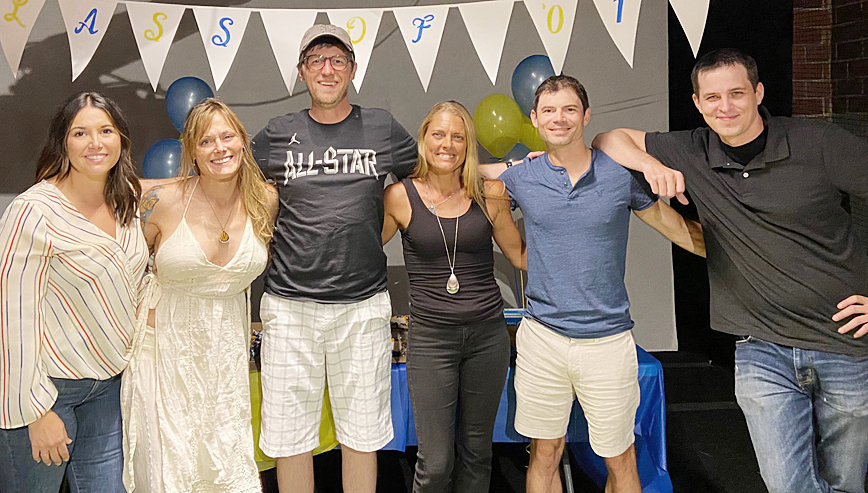 What's the best way to reach out to fellow class members for a reunion? Facebook? This day and age, that seems to be the long and short of it. I always joke with our staff at the AN that there was a time not so long ago that the phone book was our Bible when it came to information.

Yet when it came to the Wilton High School class of 2001 reunion, I (and several of my former classmates) found out that Facebook doesn't connect us quite as well as we think.

It began months ago when our class president Kara (Lucas) Stetson announced she was moving to Texas from the QCA. She had planned the 5-year and 10-year reunions. I had helped with both. We didn't hold a 15-year reunion. There is no excuse as to why, other than time getting away from us — and that's not good enough.

Upon learning Kara was moving away, another fellow classmate, Megan (Hahn) Cadogan took it upon herself to plan something. She had also moved south however, living now in Louisiana. She turned to a Facebook page created when we hosted our 10-year reunion. It was there she began posting ideas and plans with regard to a 20-year reunion gathering held Aug. 14.

I didn't know anything about it. More specifically, I didn't see the posts to the 10-year old page. I ran into another fellow classmate at a graduation party, who told me about Megan's posts. When I said I hadn't seen them, she said, "That's funny, because you're the administrator of that Facebook page.

Be careful what you look for, wish for, etc. when it comes to the Facebook world. I'm a prime example of someone who uses it just sparingly enough that I don't get as many things thrown at me as perhaps I should.

God bless Megan. She drove 13 hours from Louisiana for a night of fun at Bridgeside Links in Muscatine. She had the blue and gold table cloths, balloons, a banner that said "Class of 01" and a tasty cake with the same message. Yet when the dust settled, there were just six of us in attendance. Our graduating class had around 65 people, give or take a few.

I had forgotten again about it, as of course I still wasn't seeing the Facebook posts. My best friend and fellow classmate Rick Pahl told me about it again the night before, and we made plans to go. I'm glad we did, as we constituted 1/3 of the group and were able to share great memories with people we hadn't talked to in years.

Again Megan did a wonderful job. We talked about possibly squeezing something else in before the end of the year, or even next year. If that happens, I promise I'll try to put on my investigative hat and track down as many classmates as possible through Facebook personally, one-by-one if needed.

A photo of those of us in attendance can be seen on this page (above right). I'd say that group looks pretty good, all things considered, 20 years later.