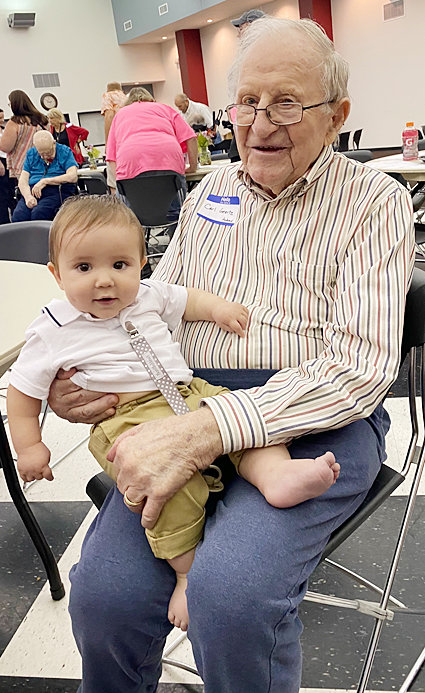 The 106th annual reunion of the descendants of Gottlieb and Dorothea Kaufmann was held July 18 at the Wilton Community Center with 96 in attendance from 11 states. Martha Puls gave the blessing prior to the catered meal. President Jeff Kaufmann called the meeting to order and Carolee Stanley gave the Secretary’s report for Margaret Marolf who had passed last year after serving as secretary for more than 39 years.

A list of cousins who died was read and a moment of silence taken. The Kaufmann Cemetery account now has over $20,000 in the fund.

The eldest cousin present was Carl Geertz, 99; the youngest was Oliver Kaufmann, 7 months. Carl and Aurilee Geertz were married the longest at 73 years. John and Carol Lowe traveled the farthest from Arizona/Australia.

The program focused on the updated and enhanced family history book. It will be a monumental task but one well worth doing. James T. Batchelor recalled his work on making the 120-foot-long family chart.

On Saturday, a small group visited the Wilton Candy Kitchen and dined together in Muscatine.