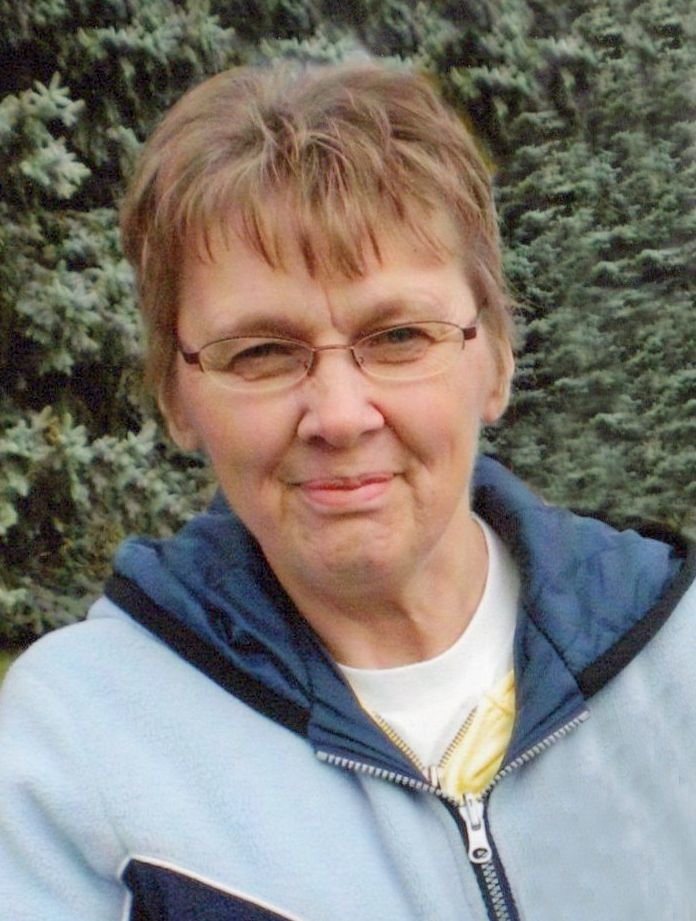 Sandy Kay Schulz of Durant, Iowa, died peacefully on the evening of Oct. 23, 2022, in Davenport, Iowa, after living a full and blessed life. Her last 10 years were notably courageous as she battled the effects of Parkinson’s disease with dignity and grace. Sandy was surrounded by family at her passing. She was 65 years old.

Sandy was the fourth child born to Irvin and Marion (Mundt) Fosaaen in Decorah, Iowa, on Oct. 30, 1956. As a child she resided in Ossian, where she enjoyed a lot of time cooking and baking with her mom and grandmother. In her teen years, Sandy was remembered as being athletic, friendly, and always smiling. She played basketball and was active in the Stavanger Lutheran Church LYO. Sandy graduated from South Winneshiek High School in 1975.

Sandy had a daughter Melissa Sue with her first husband in 1979. The couple later divorced. As a working single mother, Sandy began attending classes at Northeast Iowa Community College in Calmar and graduated with honors in 1984 with an associate degree in accounting.

Sandy married David Schulz on Sept. 9, 1983. The couple resided in Fredericksburg, Iowa, where they raised Melissa and additional children Sarah and Mitchel. The family relocated to Durant in 1997, and Dave still resides there.

Throughout her adult life, Sandy worked in various bookkeeping and accounting positions, including at Supersweet Feeds in New Hampton, Liberty Trust and Savings Bank in Durant, St. Ambrose University in Davenport, and Schumacher, Inc. in Durant. Perhaps Sandy’s most pride-filled position was helping to care for and raise her six grandchildren part-time from 2011-2019.

Sandy was known for her kindness, determination, grit, pride, love of family, hard work ethic, and love of houseplants and gardening. Sandy was never without a smile or a full cookie jar to offer something sweet to anyone who stopped by the house. Sandy also made amazing bread and buns from scratch - a recipe not written down, but learned from her time spent baking with her mom and grandmother.

Sandy took immense pride in keeping a beautiful and loving home and celebrating her children’s and grandchildren’s accomplishments. Sandy’s green thumb was evident in her flowers, gardens and houseplants that were her pride and joy, secondary to her grandchildren.

Sandy preferred time at home but also enjoyed attending and hosting monthly card club with a group of friends in Fredericksburg, attending sporting events, cheering on the Hawkeyes, and planning outdoor family activities and get-togethers. Sandy was active in the school booster clubs, Durant Lioness club where she had perfect attendance for seven years, and Gloria Dei Lutheran Church activities.

In her most recent years, Sandy enjoyed immense time with her family who were honored and humbled to care for her.

The family thanks caregivers Joann Garlough and Tyona Baylor, the staff and nurses of the Clarissa C. Cook Hospice House, Dr. Jennifer Aanestad and Dr. Stephen Sorensen, the staff of Cedar Manor in Tipton, and Sandy’s entire team of doctors and staff who cared for and guided her through her journey with Parkinson’s disease.

Monetary contributions will be collected for donations to Camp Courageous in memory of Sandy’s sister Nancy, and the Michael J. Fox Foundation for Parkinson’s Research in hopes that someday a cure will be found.