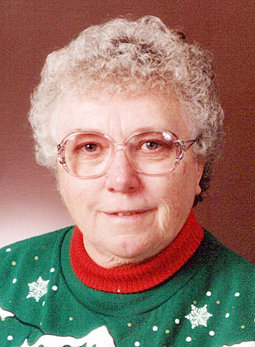 Our readership and customer base communicates with us in a myriad of ways. On the surface, there are the phone calls and emails we receive on a regular basis from those in the outside world who help get our product into your hands each week.

Primarily, it begins with our weekly advertisers, coupled with those at our schools, cities and police departments that supply us with pertinent information regularly in order to communicate with our communities.

We are also in constant communication with other newspaper staff in our ownership group, as we constantly help each other out in getting all our products to weekly finish lines.

Aside from the daily and weekly communication with common officials in order to get the newspaper to you, we also hear from several of our other readers and customers in a more periodic and personal way.

It could be a hand-written note sent in with a subscription renewal; perhaps a note written on a returned invoice.

I receive several letters to the editor throughout the year. I also receive countless emails and notes from readers who want their voice heard, yet not in the public arena.

We receive notes and letters in our mail slot on the outside of our building. And of course, we have several folks visit our office to share pleasantries while dropping off the next piece of family news, club information, thank you ad, etc.

On top of all that, there are also a select few readers who send me letters in the mail. You remember the mail? What some now call “snail mail” thanks to the Internet and email.

Over the years, staff here at the Advocate News have referred to our letter writers as my “pen pals.” Therefore I was saddened upon coming back from Christmas weekend to learn of Ruby Rathjen’s death.

I always make a trip into my office on Sunday afternoons to check our emails, check the incoming mail box, etc. We had received Ruby’s obituary on Sunday, and immediately the name was very familiar.

It wasn’t until the next morning that it hit me. Ruby was perhaps our biggest fan, and my dearest pen pal. There were so many special things about our relationship, starting with the fact that I never met her in person.

Instead, we had a very personal relationship that would begin with what she read in our paper each week — and nobody read it closer than Ruby. Next, she’d write me (on average) a handful of letters each year, first noting things she read and relating it to her life. Then she’d share antidotes with me about things happening in her world.

My ongoing “to do list” is always long. One of the things on it over the holidays was to write Ruby a letter. I owed her one, perhaps several. I’ll admit that if we were keeping score, she always sent me more than I sent her. Yet with us, that’s not what it was about. Ruby had a list of folks she kept in constant communication with via handwritten letters, and I was honored to be one of them.

She had wonderful penmanship for someone in her 90s. I was so impressed that every once in awhile, I’d respond with my own handwritten response. Most of the time however, if I’d write back, I’d type my letter, print it and send. I do this because I often times can’t read my own writing. When you work as a journalist, you spend your life feverishly taking notes while trying to keep up with people while they are speaking. It’s impossible; hence the fast chicken scratch most of us are left with.

My latest letter from Ruby was delivered in November, just a few short weeks ago. It was written on plain white paper she made sure to point out she drew the lines on herself. And, as many of her letters did, it started with the words, “Dear Special Friend…”

Going through some paper and found a letter you wrote me in April. Lots of water under the bridge since then. By the time you get this letter, I will be 94 years young on Nov. 1. I’m still kicking after all these years, but not as high.

In my April letter, I had mentioned that I heard she had recently been in Wilton and didn’t stop into my office to see me. I told her to remember to do so the next time. I think she would have, although maybe there was more intrigue due to the fact that we hadn’t actually met.

She ended her letter with the following rhyme:

May you always have love to share, cash to spare, tires with air, and friends who care … May God bless. Your friend Ruby Rathjen.

She truly was special, and I saved all of her letters. While I never knew when the next one would come, it always brightened my day, and after reading them I always had the same thought: “I needed that.”

Maybe she always knew when the time was right. I’ve always kicked myself over the years for not writing her back enough. That feeling will never go away. Although she is gone, I’ll forever await my next letter.

Her obituary can be viewed on page 7. It says she died while on her morning walk Christmas Day, the date of her anniversary. It’s the kind of descriptor I’ve never seen in an obit, yet fitting for the Ruby I know. May she rest in peace.

Out and About: Etiquette dinner brings Wilton students to St. Ambrose

Out and About: Fore!