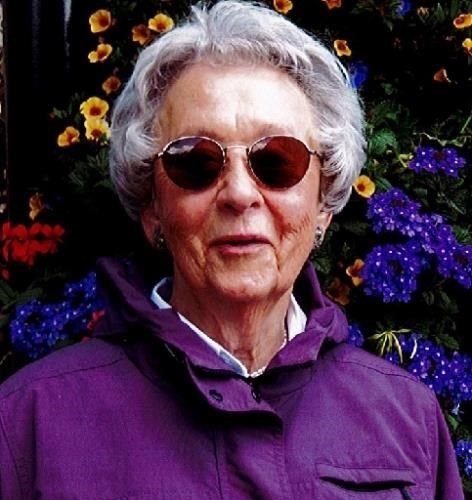 Born Mary Eleanor Bacon to James Mills Bacon and Olga Flell Port Bacon on a farm near Wilton Jct., Iowa, she spent an idyllic childhood among neighboring children that included her sister, Helen Reynolds, as well as numerous cousins from nearby farms.

Later she attended Cornell College (Iowa) where she met and married Harry Kendall Hurst in 1940. From this union came two sons, James and Jack Hurst. Following a divorce, a second marriage ensued in 1949 to Ernst Paul Albrecht of Davenport, Iowa, who became her lifelong partner. After her sons' college graduations, she completed her own education at age 46 with a M.S.W. degree at University of Missouri at Kansas City. She had a long and productive career in social services in the Children's Rehabilitation Center at University of Kansas Medical Center, the Family Services Agency of Los Angeles, the University of Southern California Graduate School, and culminating as psychiatric social worker in the Department of Pediatric Neurology in the University of Minnesota Hospital in Minneapolis. She retired from UMinn in 1988 to Nisswa, Minn., and later to Portland, Ore.

She leaves behind her two sons; five adoring grandchildren; and their numerous offspring. She was much loved and admired by family and friends alike for her gentle nature, compassion, wit, generosity, and wisdom. An advocate of social justice and friend of Nature, her life of 103 years spanned America's coming of age, and she lived it to the fullest.

In the preface to her memoirs, she cites a passage from Thornton Wilder's "Our Town": "Oh, earth, you're too wonderful for anybody to realize you . . . Do any human beings ever realize life while they live it—every, every minute?"