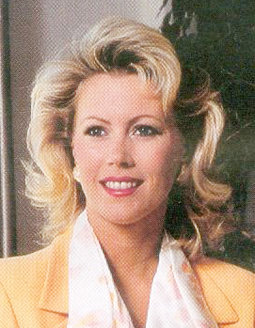 Memorials may be given to the Alzheimer’s Association in memory of her mother, Shirley. Online condolences may be left at www.bentleyfuneralhome.com.

Julie was born on Nov. 26, 1961, the daughter of Ray and Shirley (Romaine) Young. She graduated from Wilton High School with the class of 1980. She attended the University of Iowa, where she was a member of Delta Delta Delta sorority. Julie later graduated from Arizona State University with her Bachelor’s degree in finance in 1991.

She was a real estate agent for Realty Executives and Russ Lyon in Phoenix. Julie led and volunteered with many charities in Arizona, such as Boots & Ballet and the American Heart Association. She enjoyed the outdoors, especially boating and traveling worldwide. Julie also treasured taking road trips with her son throughout the United States.

Julie will be dearly missed and lovingly remembered by her son, Justin Jackson; a brother, Richard (Mary Alice) Young; and a sister, Kris (Steve) Rock; her partner, Terry Schmidt; one niece and four nephews.

She was preceded in death by her parents, Ray and Shirley Young.