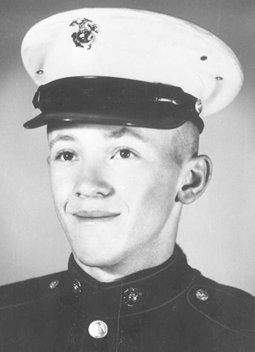 There will be no funeral service. A Celebration of Life potluck will be held from 4 p.m. to 6 p.m. on Sept. 18 at Dawn R. Kelly’s home at 2579 132nd Street, Moscow, Iowa. Burial will be in Moscow Cemetery at a later date. Memorials may be made to the Wounded Warrior Project. Online condolences can be made at www.wittichfuneralhome.com.

Jerald was a veteran of the United States Marine Corps, serving during peacetime from 1956-1960. During his tour, he was stationed in Okinawa, Japan, and Hawaii.

He worked at Grain Processing Corp for 26 1/2 years and at HWH as a forklift operator. Jerald loved riding his Harley, fishing, watching birds, western shows, and working with wood.

Jerald is survived by his wife, Carolyn Kay Waack; his children, Jerry and Peggy Waack of West Virginia, David Waack of Cedar Rapids, Dawn R. Kelly of Moscow, Eric and Amanda Waack of Milan, Aaron and Kim Waack of New Boston, and William Waack of Sherrard; his siblings, Mary, Jonny Waack, and Dorothy and Otto Vinckovich; 15 grandchildren; and 19 great-grandchildren.

He was preceded in death by his parents; a son, Joe; a brother, Milo Waack; two sisters, Alice Rief and Ruth Goodrich; one great grandchild, Annabell; a son-in-law, Thomas R. Kelly; and a daughter-in-law, Melanie Waack.