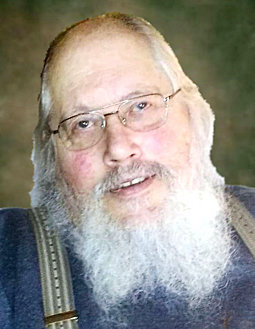 Edwon G. Yedlik, 76, died on Friday, Aug. 27, 2021, at his home in rural Vinton. Funeral services will be held at 11 a.m., Thursday, Sept. 2 at the Vinton Presbyterian Church. Interment will be held at Maplewood Cemetery in Vinton. Friends may call from 9 a.m. until service time at the church on Thursday.

In deference to Lucille, the family would appreciate the wearing of masks by un-vaccinated individuals at the visitation and the service. Memorials will be used for a scholarship in Edwon’s name. Online condolences: www.phillipsfuneralhomes.com

He was born Jan. 29, 1945, in Wilton Junction, Iowa to Edwin G. and Lucille (Norton) Yedlik. After the family moved in 1962, Edwon graduated from Vinton High School in 1963. He was a graduate of Brown Institute in Minneapolis, with a degree in radio technology. He became a radio announcer, engineer, newsman, and program consultant for various radio stations in Colorado, including Fort Collins, Littleton, Aspen and Denver.

He served in the Peace Corps for two years in Afghanistan. He also traveled to Australia and New Zealand before settling in Leadville, Colorado. While there, he worked for the U.S. Postal Service, as well as serving as the director/actor for the Leadville Civic Theater, and Crystal Comedy Theater.

Upon returning to Vinton, Edwon was an actor/director with Act I. He was an organic agriculture and environmental design consultant. He was a substitute teacher for Vinton schools, and urged students to become “addicted to learning.”

Edwon was a perpetual student and traveler. He had a degree from the Chinese Academy of Agricultural Science; Permaculture Institute in Australia, as well as a Bachelor of Science in Professional Agriculture and a Master of Science in Agriculture from Iowa State University. Recently, he spent his winters in Mexico.

He was a member of the United Presbyterian Church of Vinton. He was a Worthy Patron for Purity Chapter of OES and Worshipful Master of the Vinton Masonic Lodge. He was a Benton County Master Gardener, Clerk of Maplewood Cemetery, and a member of the Iowa Pyrotechnics Association.

Edwon will be dearly missed by his family and many friends. He was preceded in death by his grandparent; and his father, Edwin.