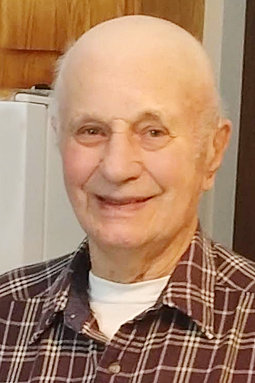 Donald E. Schroeder, 86, of West Liberty, Iowa, formerly of Durant, Iowa, died on Tuesday, June 29, 2021, at the Des Moines V.A. Medical Center. A graveside memorial service will be held at a later date in Durant Cemetery. Online condolences may be left at www.bentleyfuneralhome.com.

Donald was born on July 19, 1934, the son of Edwin and Frieda (Paper) Schroeder in Davenport, Iowa. He attended Durant High School, graduating with the class of 1952. Donald proudly served his country in the United States Army and was stationed in Germany.

Donald was a steward of the land and farmed most of his life. He was also a school bus driver for West Liberty School District for many years. In his younger years, Donald helped with 4-H livestock projects and received an FFA award. He enjoyed competing in bowling tournaments, playing slow-pitch softball, and watching the Iowa Hawkeyes and the Chicago Cubs. Donald also enjoyed getting together with Durant classmates and socializing at Casey’s or McDonald’s. Most of all, he cherished spending time with his family.

He was preceded in death by his parents; two sisters, Marian Petersen and Mardelle Meyer; two brothers-in-law, William Petersen and Duane Meyer; and one nephew, Duane Meyer, Jr.