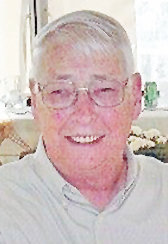 Goettsch Funeral Home of Monticello is assisting the family. Thoughts, Memories and Condolences may be left at www.goettschonline.com.

David was born March 31, 1938 in Anamosa, Iowa. He was the son of Lyle and Leona Clark, Thompson. He graduated from Olin High School in 1955, and continued his education at Parsons College in Fairfield, Iowa.

He married Linda Koranda on June 2, 1960 at St. Luke Methodist Church in Monticello. David worked at Clinton Engines in Maquoketa until the family moved to Bozeman, Montana, in 1964, where David worked as a manager for Moats Trucking. In 1982 they returned to Iowa, eventually making their home in Wilton where David worked for Wendling Quarries for 17 years until his retirement. In 2016 the couple moved to Plano, Texas to be near family.

David’s family and friends meant everything to him. He was never too busy and was always willing to help others. He spent his retirement years fishing, watching his favorite sports teams on television and traveling with Linda, his family and his friends.

He was preceded in death by his parents Lyle Hugh Thompson and Leona Clark Thompson; and brother-in-law, Howard Vernon