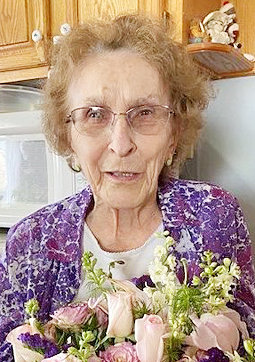 Memorials may be given to the Durant-Wilton Food Pantry or the Wilton Fire Department. Online condolences may be left at www.bentleyfuneralhome.com.

Darlene was born in Muscatine, Iowa on April 13, 1938, the daughter of John and Edith (Holliday) Baer. She graduated from Wilton High School with the class of 1956. She married Melvin Bohnsack on May 3, 1958 in St. Mary’s Catholic Church, Wilton.

Darlene was a homemaker, who treasured taking care of her family. She was also an Avon representative for more than 40 years. Darlene was a member of St. Mary’s Catholic Church, Wilton and St. Mathias Catholic Church in Muscatine. She collected antiques, dolls and toys. She also enjoyed sewing and tending to her African violets and orchids.

She was preceded in death by one son, Thomas Bohnsack; and one brother, Robert Baer.