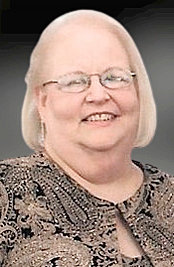 A memorial service will be held at 10 a.m. on Friday at McGinnis-Chambers Funeral Home, Bettendorf. Visitation will be held from 4 to 6 p.m. on Thursday evening at the funeral home. Inurnment will be at Davenport Memorial Park Cemetery.

Memorials may be directed to Susan G. Komen Foundation or the American Red Cross. Online condolences may be shared with Charlene’s family at www.McGinnis-Chambers.com.

Charlene was born in Davenport, Iowa on Aug. 12, 1953, the daughter of Charles and Marie (Day) Specht. Following high school, she earned her Bachelor’s degree in mathematics from Iowa State University. She later achieved her Master’s of Education degree from Western Illinois University in counselor education. Charlene devoted her life to teaching and being a guidance counselor at various schools in Iowa, including Bennett Community School District and Clarence-Lowden High School.

In 2014, she retired from Wilton High School, where she served as the guidance counselor for 23 years. She served on the High School Counselor Advisory Board at the University of Iowa, and as the National Honor Society Adviser at Wilton High School. In retirement, Charlene enjoyed scrapbooking, card making and adding to her Hallmark ornament collection, as well as going to lunch and traveling with her fellow teacher retirees. She also enjoyed volunteering for the Scott County Democratic Party.

Those left to honor her memory are her son, Derek (Carrie) Paper of Blair, Nebraska; her four grandchildren, Charlie, Ellie, Lilah, and Sadie; her brother, Philip (Judy) Specht of Davenport; and several nieces and nephews.

In addition to her parents, she was preceded in death by her sister, Lori Laures.