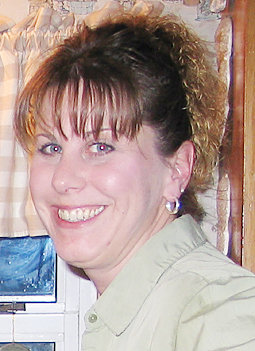 Cammi Alice Williams, 54, of Wilton, Iowa, died suddenly on Saturday, Nov. 13, 2021 at Genesis East Medical Center. A visitation will be held from 4 to 7 p.m. Tuesday, Nov. 23 at Bentley Funeral Home, Wilton. Cremation Rites will be accorded following the visitation. Burial will take place at a later date in Oakdale Cemetery, Wilton.

Memorials may be given to Muscatine Humane Society. Online condolences may be left at www.bentleyfuneralhome.com.

Cammi was born on June 25, 1967, the daughter of Lloyd and Anna Mae (Noll) Bugh in Davenport. She graduated from Muscatine High School with the class of 1985, and attended Muscatine Community College. Cammi married Jim Williams on Aug. 18, 2008.

She was able to give the ultimate gift by being an Iowa organ and tissue donor. She most recently worked as a professional cook for various local restaurants and establishments. In her free time, Cammi enjoyed reading, landscaping, watching True-Life television crime dramas, her pets and relaxing, while floating in her pool. Most of all, Cammi loved spending time with her family, especially her beloved children.