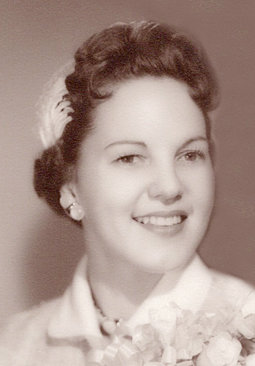 Our mother, Betty Wava (Sterner) Dollar, 90, formerly of Muscatine, died peacefully in the care of Lund Valley of the Sun Hospice in Gilbert, Arizona. We invite you to attend services at 11:30 a.m., Sunday, Nov. 21 at Bentley Funeral Home, Wilton. A visitation will be held from 10:30 to 11:30 a.m., prior to the service at the funeral home. Burial will take place in Oakdale Cemetery, Wilton.

We encourage donations in mom’s name to the Salvation Army. Online condolences may be left at www.bentleyfuneralhome.com.

Betty was born near Wilton, in Muscatine County, on March 13, 1931 to Edna Louise (Marolf) and Lester Elroy Sterner. She joined sister Helen and brothers Bill and Leo, while brother Al and baby sister Shari came later. Mom graduated from Atalissa High School and attended the American Institute of Commerce in Davenport, where she played on the basketball team. As part of a goodwill initiative, mom’s team toured locations in the United States and Central America, playing in exhibition games.

Betty loved collecting and refinishing antique furniture, baking treats for her family, tending her garden and flowers, writing poetry, feeding the birds, going on Sunday drives, and dribbling and shooting her basketball. She was also, even at 90, an avid walker.

She was preceded in death by her parents; husband, Donald; sister, Helen Lendt; and brothers, Leo, Bill and Al.