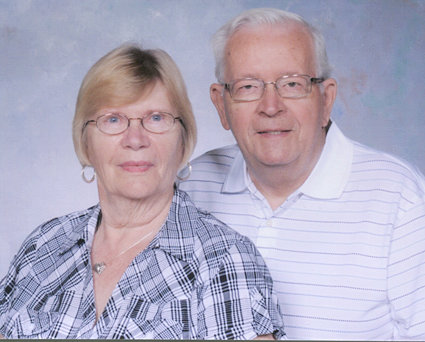 Don and Lorna Hartman of Moscow will celebrate their 60th wedding anniversary Feb. 19.

Don Hartman and Lorna Rhodes were married Feb. 19, 1961 at the Murray Church of Christ in Murray, Iowa.

They are members of the Wilton United Methodist Church.

They are the parents of Don (Anne) Hartman, Ron (Teresa) Hartman, and Mike (Karen) Hartman. They have nine granddaughters and one great-grandson.