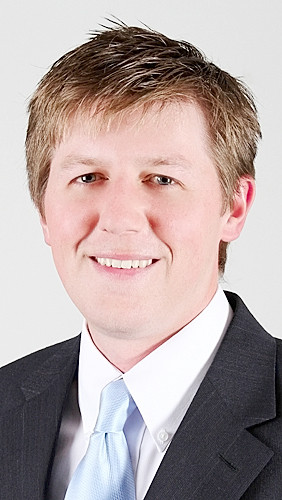 After 12-plus years, we may have made a breakthrough.

It began with simply printing materials for Wilton’s city council meeting March 22. In the agenda was a listing about possibly changing the meeting time from 7 p.m. to 6 p.m. for Wilton council meetings.

Immediately, I was led to think the worst. How would this affect me? The newspaper? Our readers? The community?

Wilton city council meets the second and fourth Mondays every month at 7 p.m. Been like that for decades.

The problem, as I’ve written about at length several times, is that on the second Monday of the month, we also have Durant city council and Durant school board meetings happening on the same night.

Durant council meets at 6 p.m., and Durant school board meets at 5:30.

For years, I’ve been doing the daily double, going to Durant school board at 5:30, then attending Wilton council at 7. Often I have to leave the Durant school board meetings early, but being there for more than an hour usually allows me to get more than enough for a story, in order to inform our readers and remain the watchdog of the schools and communities.

Moving the Wilton council meetings to 6 p.m. would make it virtually impossible to attend both in the same night.

I made a phone call to new (interim) Wilton City Administrator Jeff Horne. I gave him the background. I just wanted to put a bug in his ear prior to the meeting rather than take the floor that night.

To his credit, when it came time to discuss meeting times at Monday’s meeting, he did bring up the conflict with other area meetings, and that it would be difficult for the Advocate News.

After some ribbing, I was able to explain our position to council members and Mayor Bob Barrett. After some light discussion, it was suggested that 6 p.m. could work.

AND …. What about holding meetings on the first and third Mondays of the month rather than the second and fourth? My jaw just about hit the table. If I wasn’t already sitting down, I would have fallen down.

The issue was tabled, but we’re close — as close as we’ve ever been — to perhaps ending the bottleneck of four meetings in one night.

Up until a few years ago, both Durant councils and school boards met on that same Monday each month, what I dubbed “Marathon Mondays.”

When Wilton Superintendent Joe Burnett was shared with Durant, those meetings had to be split. Why? Because Joe Burnett couldn’t be two places at once.

Neither can I, nor can anyone in our communities who may want to attend both meetings. But I had been trying to get to both for years.

The school boards have split. If our councils split too, it will be a long, painful time coming. Yet we are on the right track. I thank Horne, the mayor and council members for hearing me out that day/night. This is about what’s best for the city from a coverage standpoint.

I urge Mayor Barrett and Wilton council members Sheryl Lenker, Steve Owens, Keith Stanley, Wayne Budding and Ted Marolf to strongly consider moving the meeting nights to the first and third Mondays. While they’re at it, go ahead and have them at 6 p.m.

Busted bracket—As the dust settled from the opening weekend of the NCAA tournament, I have eight teams remaining in my bracket for the Sweet 16 coming next weekend. It's been fun seeing all the upsets, most of which none of us predicted. Watch this space as I'll try to find time to analyze it more later...