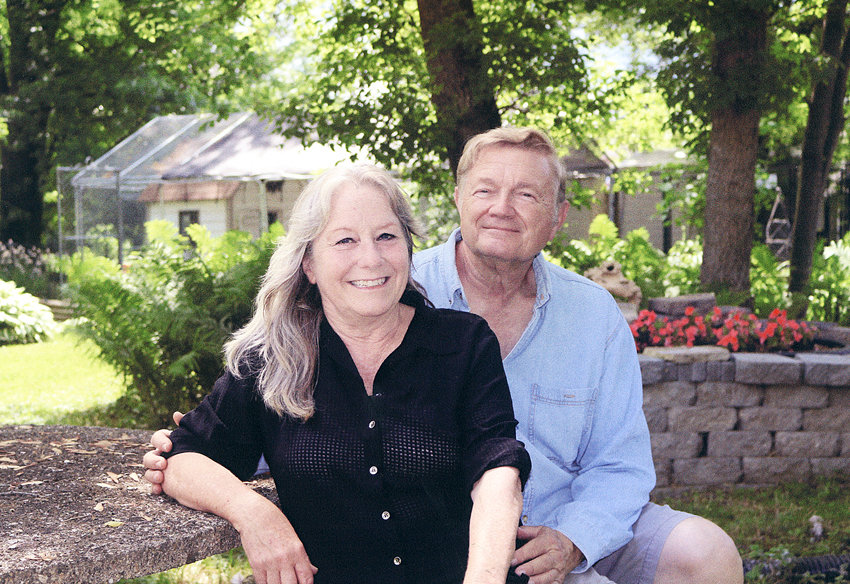 Debbie and Ron Wallace of Long Grove will celebrate their 50th wedding anniversary on June 19.

Mrs. Wallace has been the owner and operator of Down by the Creek Companion Animal Sanctuary since 2007.

They are the parents of Dusty Gene of Long Grove, Ronald Paul of Muncie, Ind., and Roy Lee of San Antonio, Texas.

A funeral service for Bonnie Esbaum, 89, of Wheatland, will be held at 11 a.m. Wednesday, Oct. 5, at St. Paul's United Church of Christ, Wheatland. Visitation will be two hours prior …

A graveside funeral service for Sandra Jeanne (Kluever) Dick, 82, of Long Grove, will be held at noon on Friday, Oct. 7, in the Long Grove Christian Church Cemetery. Chambers Funeral …

A Celebration of Life for Susan Elaine Boeding, 63, of Oconomowoc, Wis., will be held at 11 a.m. Saturday, Oct. 15, at Schmidt and Bartelt Funeral Home, Oconomowoc. Visitation will be …

A small gathering of friends and family to celebrate the life of Phyllis J. Marken, 81, of Eldridge, formerly of Savanna, Ill., will be held from 3-5 p.m. Saturday, Oct. 8, at Manny's …