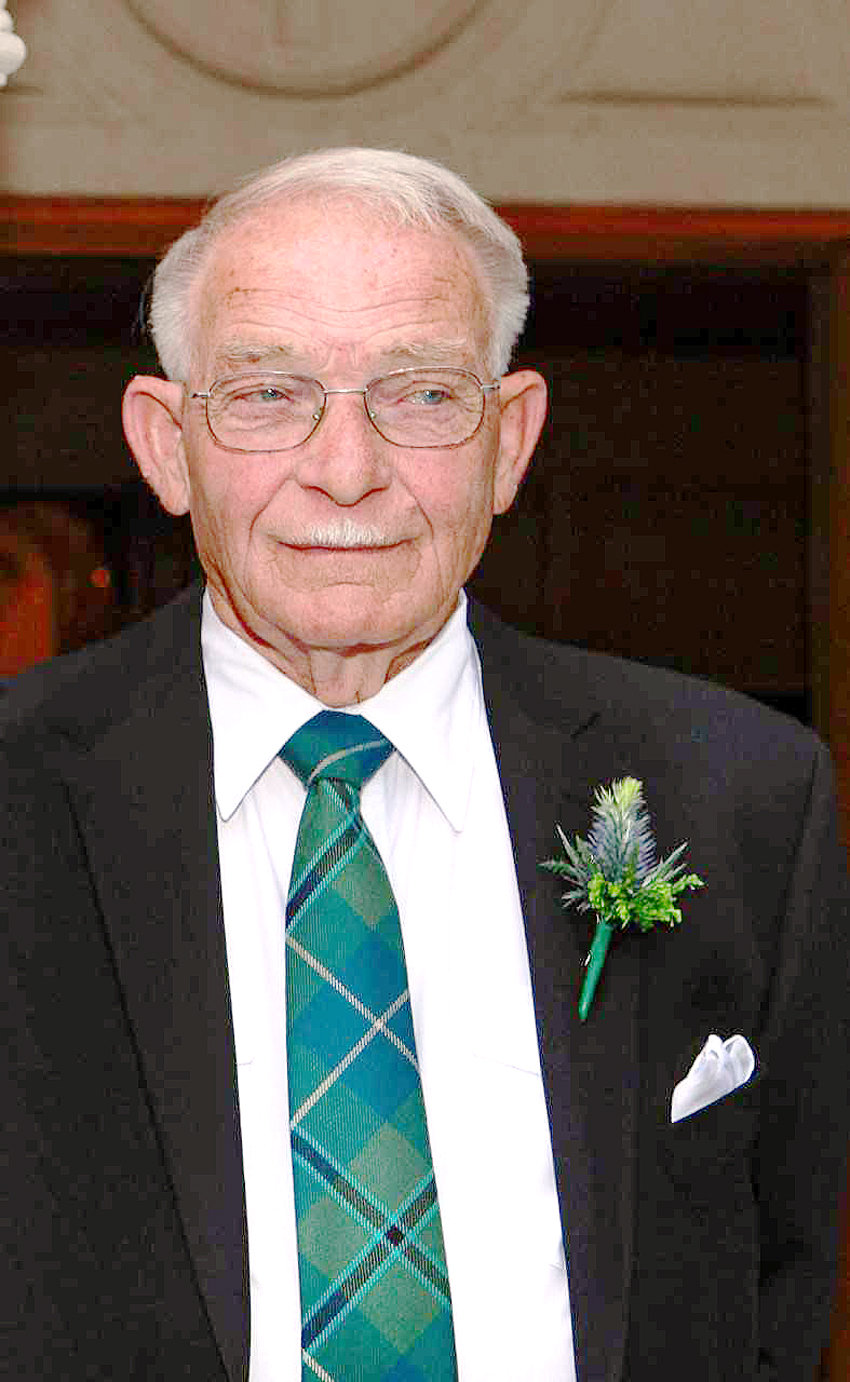 Ray Douglas, 86, of Bettendorf, passed away surrounded by family on Dec. 8, 2021, at Genesis Medical Center, Davenport. A visitation was held at Runge Mortuary in Davenport, on Monday, Dec. 13, from 5-7 p.m. In addition, a graveside service will be held at Sheridan United Methodist Church, northeast of Grinnell, on Saturday, Dec. 18, at 1 p.m. Online condolences may be left at www.rungemortuary.com.

On March 29, 1935, Ray Douglas was born in Poweshiek County, Iowa, to Maurice and June (Andes) Douglas. Ray attended Brooklyn High School and William Penn College. He then enlisted in the U.S. Army. Ray married Sally Heishman of Malcom, Iowa, on Feb. 22, 1959, in Sheridan Township. Ray was a district sales manager with Moorman’s Livestock Feed Company. They started their family in Brooklyn, Iowa, moving to Newton, and then settling in Bettendorf in 1973. Upon retirement from Moorman’s Feed, Ray worked at the Eldridge Coop and Wilson Trucking. Spending time with and harassing his grandchildren was one of Ray’s passions. In addition, Ray enjoyed working on his 1948 Ford, collecting coins, playing cards, and watching the I-74 bridge construction project.

Ray is survived by his wife, Sally (Heishman); son Greg Douglas, wife Sandy and grandkids Sophia and Drew; daughter Michelle Douglas and husband Dave Crawford; daughter Angela Musal and grandsons Michael and Nathan; and daughter Kim Douglas. Also surviving Ray are his three sisters, Grace LaKose (twin), Janice Douglas, and Marian Kay Rohm. Ray is preceded in death by his parents, Maurice and June Douglas, and his three brothers, Loren, Maurice Jr., and Gene. Memorials may be made to the Honor Flight of the Quad Cities www.honorflightqc.org or the Pleasant Valley Education Foundation www.pleasval.org.