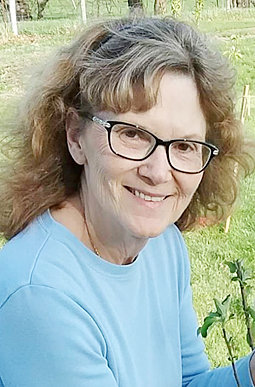 Sharon C. Bowers, 68, of Wilton died on Saturday, June 5, 2021, at the University of Iowa Hospitals and Clinics.

Celebration of Life services will be held at 11 a.m. Saturday, June 12 at First Presbyterian Church in Wilton. Pastor Jennifer Jennings will officiate. Burial will be in Oakdale Cemetery. The Ralph J. Wittich-Riley-Freers Funeral Home is in charge of arrangements.

Visitation will be from 9 until 11 a.m. on Saturday, June 12, at the church. Memorials may be made to the Wilton Public Library. Online condolences may be made at www.wittichfuneralhome.com.

Sharon was born on Oct. 17, 1952 in Muscatine, the daughter of Frederick and Alva Gill of Wilton. She married Howard R. Bowers on March 5, 1977 in Wilton.

Sharon graduated from Wilton High School in 1970. Sharon attended and graduated college at Northern Missouri State University, majoring in child education and music, and began teaching at Durant Community Schools. She later became the director of the Wilton Public Library. She was also an organist for Presbyterian Church services in Wilton, and played piano for Peace Church south of Wilton. Sharon was a member of the First Presbyterian Church of Wilton, and the Order of Eastern Star. In 2013 Sharon had the honor of serving as the Grand Organist for the Eastern Star for the entire State of Iowa.

Sharon enjoyed family time, especially with her grandchildren. She made the best potato salad and enjoyed cooking for family meals. She loved spending time outdoors, and cherished her family’s farm. Sharon had a soft heart for animals. She enjoyed playing music on her baby grand piano. She was an avid gardener, and loved watching her yellow tomatoes grow and helped her son farm and raise chickens and sheep.